EPIC Games have made all people with a support-a-creator code access to create custom games with custom matchmaking keys. 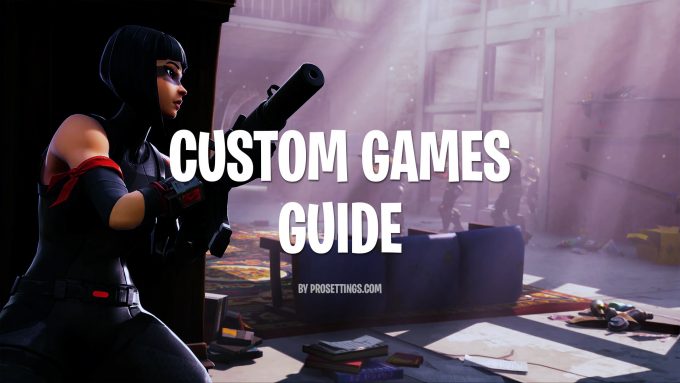 Professional and competitive players have for a long time been doing scrims and pro scrims to prepare for tournaments and online qualifiers. Previously this has been a tedious process by trying to get into the same game by queuing up for a game at the same time. Often times, the servers would be very split, and most of the servers would be random people. By doing scrims with custom matchmaking keys, only players who have the key can join the scrim games.

Professional players have their own little communities, usually organized via Discord. Discord is a chat application, that makes it easy to create servers and invite people to join these servers. Here they can talk, chat and most importantly – share custom codes with each other.

How to custom games and custom scrims work

Players will usually organize in a Discord server. Discord servers can have many configurations, but in Fortnite, the setup is almost the same. Some Discord servers are open for everyone to join, while professional players often have closed Discord servers that have specific requirements that need to be fulfilled in order to join.

This is usually how a game is organized:

Things to be aware of

If they, for example, are in a different server region, they will not be able to join

Since everyone in the game is in the same Discord server, it is possible to set up custom rules.

Custom rules are in place to make things more competitive or simulate a more competitive environment. People that break the rules, will usually be given a warning or be banned from the Discord server for a specific amount of time.

How to get access to custom matchmaking in Fortnite

Currently, only people who have a support-a-creator code can host custom matchmaking games in Fortnite. At the time of writing, it is unclear whether everyone will get this opportunity in the future. If you want to host custom games yourself, you will, therefore, have to apply for the EPIC Games support-a-creator program.

To be eligible to become a creator, you need to fulfill the following requirements:

Once you apply, it might take some time for EPIC games to get back to you.

In custom games, all platforms are able to join. This makes it much easier to organize scrim games since it is so easy for people to join the same scrim game regardless of their platform.

We have created a list of servers where custom games are hosted. Upon joining a server, please make sure to read the rules in the server.

Often time, servers will also require you to verify and link your EPIC Games account to your Discord account. This way they can more easily ban people that break the rules.