If you have ever wondered how it feels to use aimbot, wallhack, esp hack, noclip, speedhack or even god mode in CS:GO, you now have the chance! These console commands works for Counter-Strike: Global Offensive, and will give you just that. While it might be a stretch to call them hacks, it will certainly feel like how some hacks work.

The way the hacks work is with console commands and they are not real CS:GO hacks or cheats. However, they imitate how hacks usually work, for example by giving you the ability to see enemies through walls.

We hope that by trying these kinds of hacks, you will stay away from using actual hacks in CS:GO. 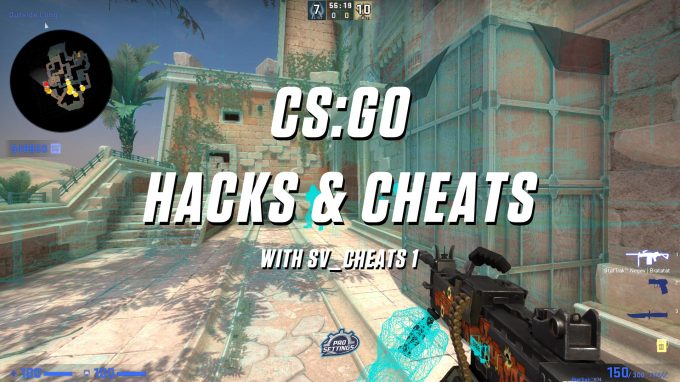 The hacks work by typing console commands into the developer console. Therefore, they do NOT work in competitive mode or other multiplayer game modes. They only work in offline games with bots, or in community servers where you are the admin. Before you get started, you need to activate the developer console + activate cheats in the game/server. If you are new to configs and console commands, you might want to read our CS:GO config and autoexec guide.

Activate the developer console in CS:GO

If your developer console is not already activated, you will need to to this. 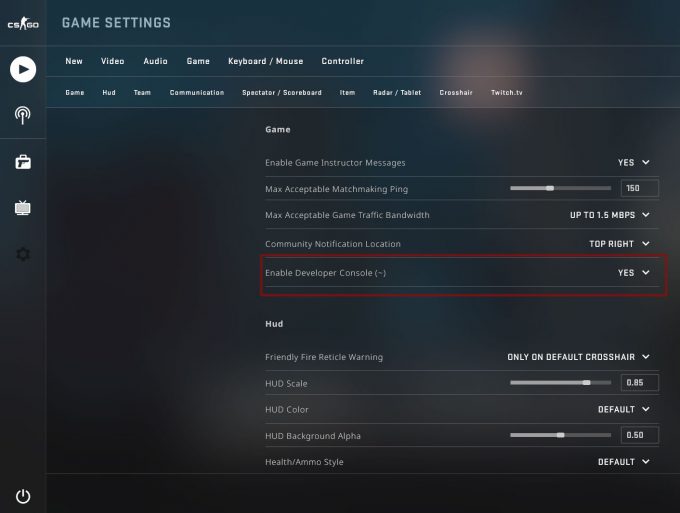 When you have enabled the developer console, you can open the console by pressing the tilde key (~) on your keyboard.

You might have another key binding, you can check which key opens the console in your keybind settings.

More info: how to enable developer console in CS:GO.

Before you can use any of the hacks and cheats in this guide, you will need to activate cheats (sv_cheats).

How to activate sv_cheats:

You are done, sv_cheats have been activated and you can use all the hack commands.

Can I get VAC banned for using sv_cheats 1 commands?

NO, you can NOT get banned or VAC banned for using the commands in this guide, or sv_cheats 1 commands in general.

These commands only work in offline games or in community servers where you are the admin. They will not work in official CS:GO competitive, causal, wingman, demolition and so on.

You can therefore safely use all of these commands. They are meant for developers to test the game.

Now that this is out of the way, let’s see the “hack” commands available in CS:GO.

There are several commands for enabling wallhack and esp hack in CS:GO. Here are most of them.

This command will render all player models in wireframe, which will enable you to see teammates and enemies through walls.

This is another wireframe wallhack, but instead of only displaying models as wireframe, it will also display some of the environment as a wireframe.

This “wallhack” will enable you to see the “skeleton” of player models through the walls. 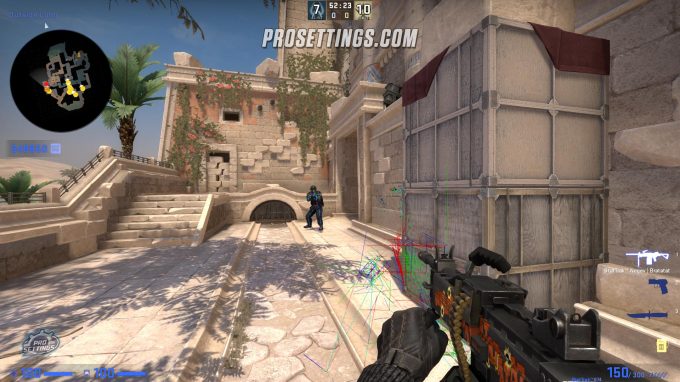 This is like a “traditional” wallhack, where you can straight-up see the enemies through the walls. However, it will fade in and out, so in the end, the command is not that useful.

This command will also give you wallhack, but at the same time your screen will become red. Mat_fillrate 1 also prevents you from being flashed.

No Recoil and No Spread

These console commands will enable no recoil and no spread. This means that you will have 100% accuracy all the time without any randomness, also while running.

Turn on no spread:

Use this command to enable no spread – disable weapon inaccuracy spread.

Turn on no recoil:

This command will enable no recoil. The default value is 2. The higher value, the higher recoil. If you use a negative value, the recoil pattern will invert.

Turn off no recoil (default recoil): 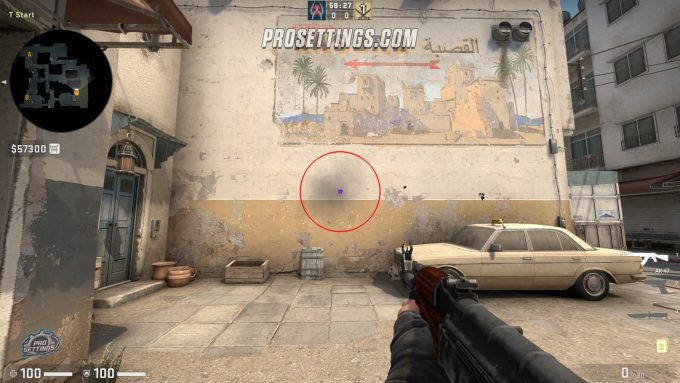 It is actually possible to get aimbot in CS:GO with cheat commands.

Use this command to turn aimbot on for all bots.

Use this command to turn off aimbot for bots.

Use this command to turn on aimbot for players.

Use this command to turn off aimbot for players.

Aimbot on specific player or bot

You need to aim at the specific player or bot when you use this command.

Again, you will need to aim at the specific player or bot when you use the command.

With the god mode command, you will become invincible and take no damage from bullets or grenades.

Noclip mode (also known as “noclipping”) gives you the ability to fly through walls and around the map.

To turn on and off, type noclip in console. 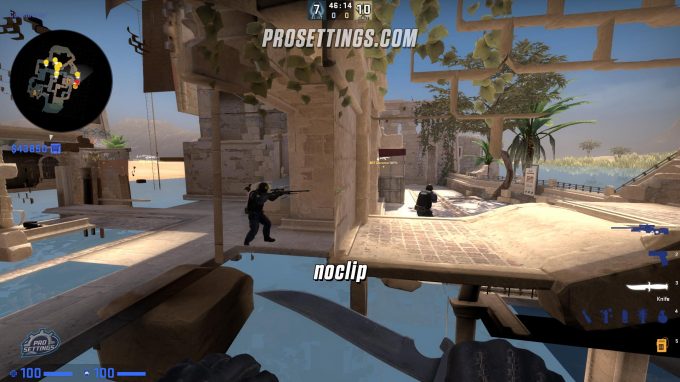 This command will give you an unlimited amount of ammunition for all your guns.

This command works in different ways. In general, the command will provide more brightness and remove details from objects.

With mat_fillrate, your screen will not become white whenever someone throws a flashbang grenade. The command will also enable you to see players through walls (wallhack).

To turn it off again, use the command mat_fillrate 0. The default value is 0. 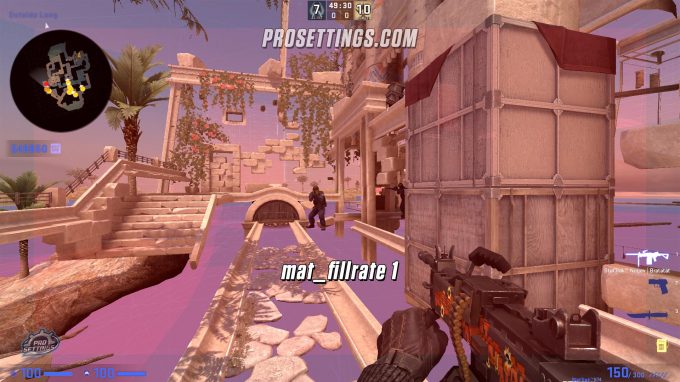 This command will hide the smoke from smoke grenades. If you stand inside the smoke, you will still see smoke.

The default value is 1.

There are two commands that you can use for either speed hack or slowmotion.

Both commands will affect everyone that is in the server.

Official description: Prescale the clock by this amount.

Replace [value] with a number. The default value is 1.

If you set the value to 2, you will move with twice the speed.

If you set the value to 0.5, you will move with half the speed.

Replace [value] with a number. The default value is 0.

This command works relatively to your FPS (frames per second). You can control your maximum FPS with the fps_max [value] command.

If you have max fps of 100, and the lock the host_framerate to a lower value, let’s say 50 (speedhack), you will move twice as fast.

If you instead set the host_framerate to 200, you will move twice as slow (slow-motion).

With all these commands available in CS:GO, you can get the feeling of what hackers can archive with external programs. While they do not work in official servers, you can use the console commands to play around with bots, or have fun with your friends. If there is a command we forgot in this article, feel free to leave a comment and let us know.

All CS:GO Give Commands
How to Activate Developer Console in CS:GO
How to disable and mute radio commands in CS:GO
All CS:GO HUD Commands
CS:GO How To Hide the HUD Overlay