All Ranks in VALORANT

VALORANT is a highly competitive FPS and thus, it is important that there is a way for players to compete with other players in their own skill level. Like other popular first-person shooters, VALORANT has a ranked mode, this is called competitive matchmaking.

In this guide, we will go over all the ranks and tiers that are available in VALORANT competitive matchmaking and explain how it works. 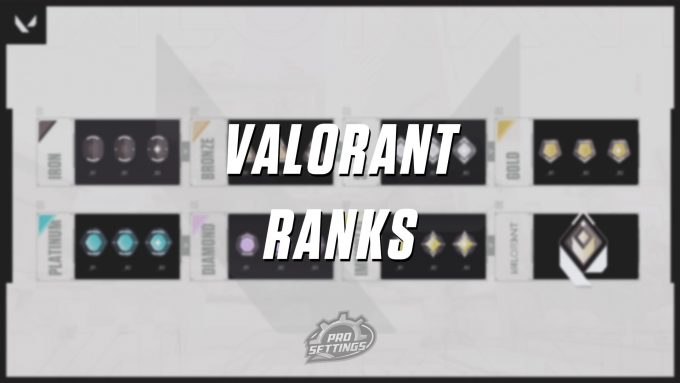 How to play competitive mode in VALORANT

This is made so that new players do not just jump into competitive mode, which can be annoying for teammates but also themselves since they are just learning the game.

You can queue up as a team of 5, but you must all be within 2 ranks of each other. This corresponds to 6 tiers. This means, that if one in your team is Iron 01, the highest in the team can be Bronze 03 at max.

VALORANT has a total of 8 ranks. In each rank, there are 3 different tiers, with the exception of the highest rank, there there is only 1 tier.

The ranks in competitive mode are:

How to rank up in VALORANT

When you start playing VALORANT, your rank will mostly be based on your personal performance. The more games you play however, the more weight will be put on how many games you win. Besides this, the actual algorithm behind the ranks is unknown. Games like these usually implement an ELO rating system, where you are given points behind the scenes. When you reach a certain threshold of ELO points, you will be leveled/ranked up. ELO points are gained by winning matches, but as stated previously, VALORANT will also take personal performance in matches into consideration.