The competitive community reacted with outrage and demanded that EPIC Games added a FOV slider to the in-game settings like many other games have it.

EPIC responded that the default FOV of 80, was decided on as it gave the best balance and reduced motion sickness.

However, most of the competitive community later debunked this and called out EPIC for their explanation.

It seems that the controversy around this topic has died out a little recently, but we are still hopeful that EPIC will someday reconsider their opinion on the FOV slider.

Here at ProSettings, we have made a FOV slider concept as how it could be implemented into the game. 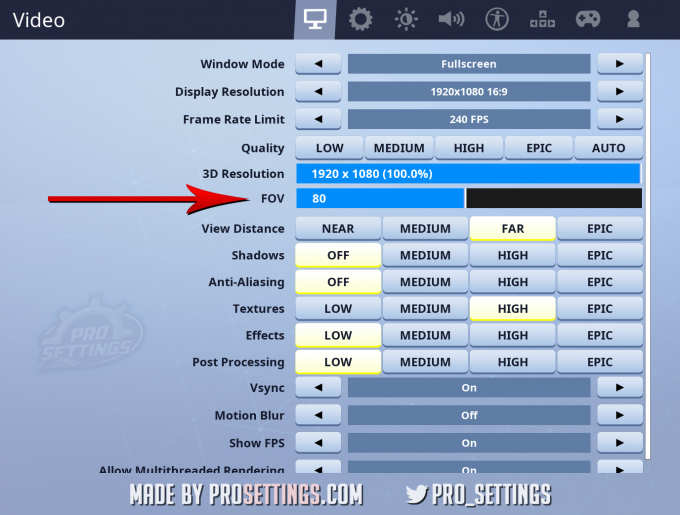 What do you think? Should EPIC Games add a FOV slider to the Fortnite settings?